You are here: Home / Blog / Why did my network go down? 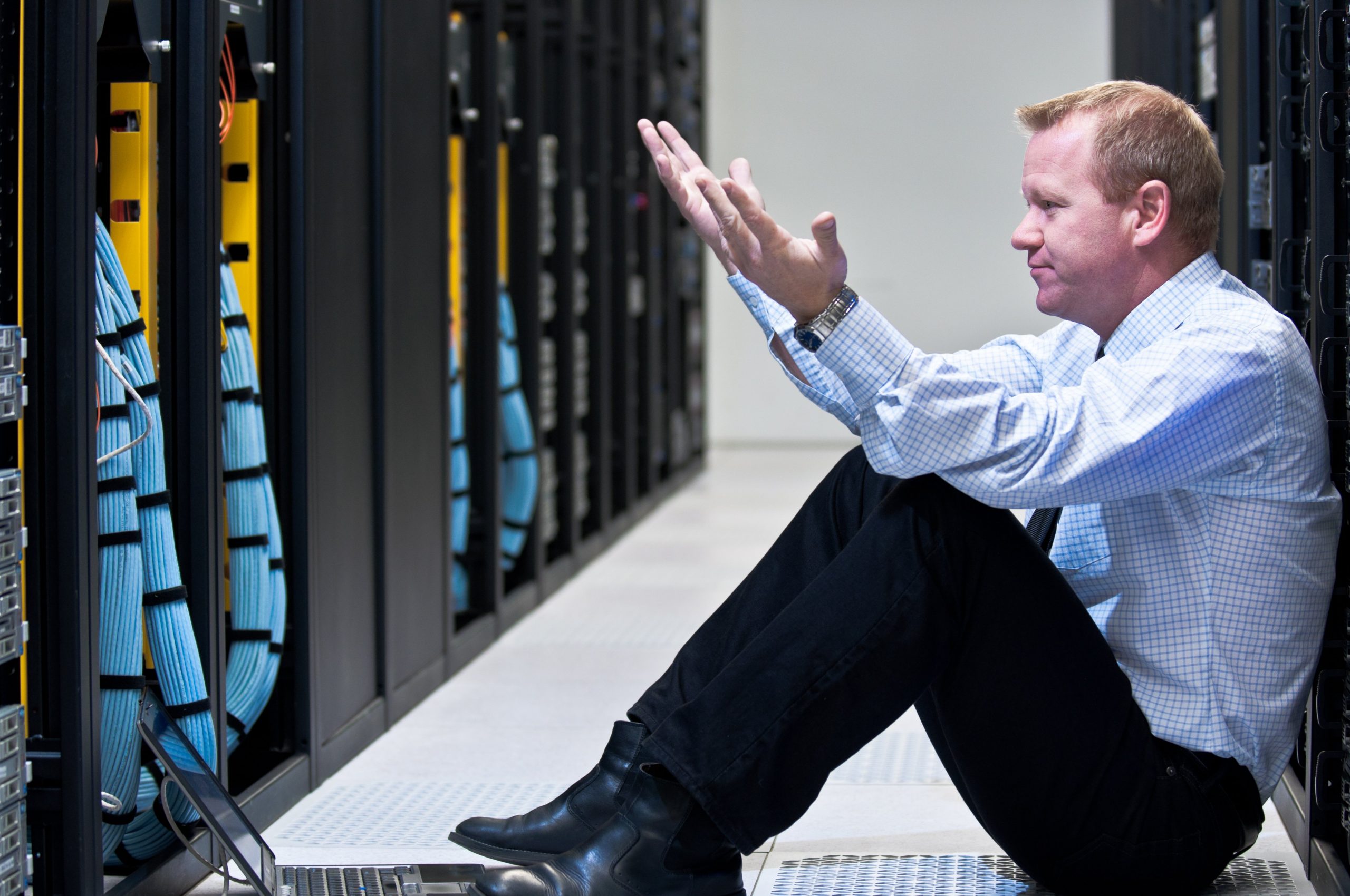 Sometimes, the network just seems to disappear. Everyone in the office starts to get upset, the Internet doesn’t work, the printers don’t work, accounting software doesn’t work – and when you look in the wiring closet, all the switches are lit up and every light is flashing as fast as you’ve ever seen. What’s going on?

When you see this happen to the entire network, its extremely likely – almost (not quite, but almost) certain – that you have a loop.  When an uncontained loop is plugged into a network, a certain percentage of traffic – ‘broadcast, unknown and multicast’ traffic , also called ‘BUM’ traffic – ends up going around a loop, and being copied every time. Every one of these packets, instead of being processed once – has to be processed every time it comes around the loop. Most packets can go around a loop up to 255 times – so if we take a single packet, it goes around once.. then twice, then 4 times, 8,16,32.. if it goes around the loop 16 times, that packet needs to be processed 65536 times… then 130,000 more, then 260,000 more… then.. forget it. We don’t need to count that high to see the problem.  And the best part is that every device – every PC, every phone, every printer, every switch – they ALL receive ALL THOSE PACKETS. So the entire network, all at once, gives up.

There’s a protocol called STP (Spanning Tree Protocol) we use to keep this from happening , but.. well, ok, the protocol works – but it only really works works well as long as there is organizational control over all the switches and connections being put on the network.

If someone comes in – a presenter who brings in a switch from a Big Box Retailer because he needs more wired ports in a boardroom; a vendor installing a complicated A/V solution; a VOIP vendor installing a new teleconferencing bridge – and they connect more than one port into your network and make a loop, their equipment must be configured to match yours, or this happens to you. Some equipment, there really is no fixing. If you’re bored and have no one on the network at some point, take an IP phone and plug the ‘LAN’ and ‘PC’ side of it into your network at once, and start a stopwatch to see how long it takes one phone to bring down your network.

Be on top of your network – when people need to connect equipment, don’t just say YES. Find out what they need and be involved in their configurations.  Communicate to your users not to bring equipment into boardrooms, or at their desks. Even do audits for unauthorized equipment if you need to.

If you need help, Lanworks is here to assist.  Don’t wait for everyone at once to stand up and shout that they can’t even call the helpdesk because all the phones are down.

Be proactive, and be aware.